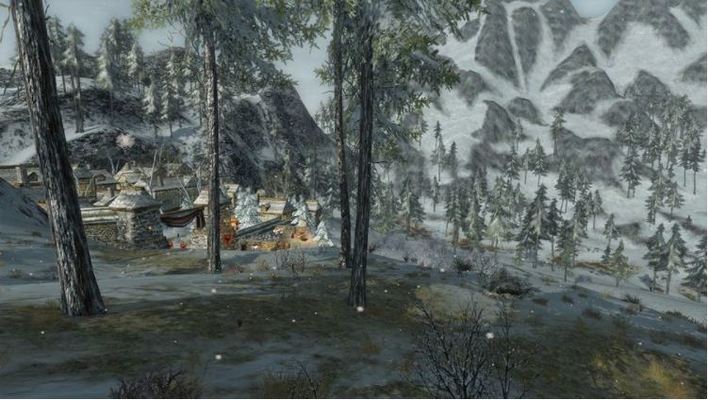 A Guide to Grinding the Yule Festival using Multiple Alts

Hello, and welcome to the Yuletide festival guide. This year, the Yule Festival is earmarked to run from December10th 2020 to January 5th 2021. 25 Days.

While Yule Festival is running, all the other festival activities associated with festival time are running elsewhere in Middle Earth. Locations include
The Party Tree
Ered Luin
Thorins Hall Inn
Bree Festival field

Go to these location, for Dancing quests, and Bree and Shire Horse tracks for Horse Racing. The Inn League and Ale Association quest are also active. If you fancy a Yule Tree for your house, Lobelia Sackville-Baggins at Bag End, Hobbiton also supplies a quest during Yule Festival. 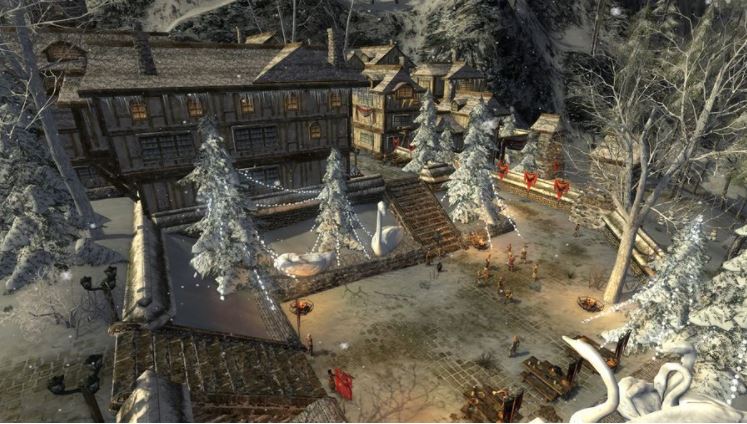 Unlike other festivals, the Yule festival has within it a deed tier system for bartering rewards. They are . . .

These three deeds are the only way to earn Golden Festival tokens. The tokens can be traded for Yule Festivals at the rate of 1/75, but there are certain rewards at the festival that can only be bartered with the Golden Festival Tokens, so ensure that you get them before exchanging your coins.

This is quite a grind, and some players only consider doing it on their main characters.

So, what about alts? How can we use them to grind out this festival for advantage?

The first step is to take all alts to Frostbluff, even very little ones, and do the introduction quest . . .

The Yule Celebration of Winter-home.

The quest giver is Guard Kember and you will find him at the entrance. He will give you a series of short quests to follow, which will open up the festival fully. The quest arc can be completed in about five minutes, and it only has to be done once per character – ever.
Once open. Mara Sandydowns will have a daily quest called . . .

The objective of this quest is to complete one quest in Frostbluff. Any quest will do. The fastest quest is called Empty Keg Emergency, which you pick up from Basil Wyndham. After quest collection you run up some steps, pick up a barrel and run it, without being seen by a guard, to a dwarf. Then you hand the quest in back at Basil Wyndham.

Once this quest has been done and handed in, return to Mara Sandydowns to claim your reward, which is a Sack of Presents. This sack can be obtained every day on every character that you take to do the single quest. Rewards inside the sack vary, and you can see example rewards on the list below. 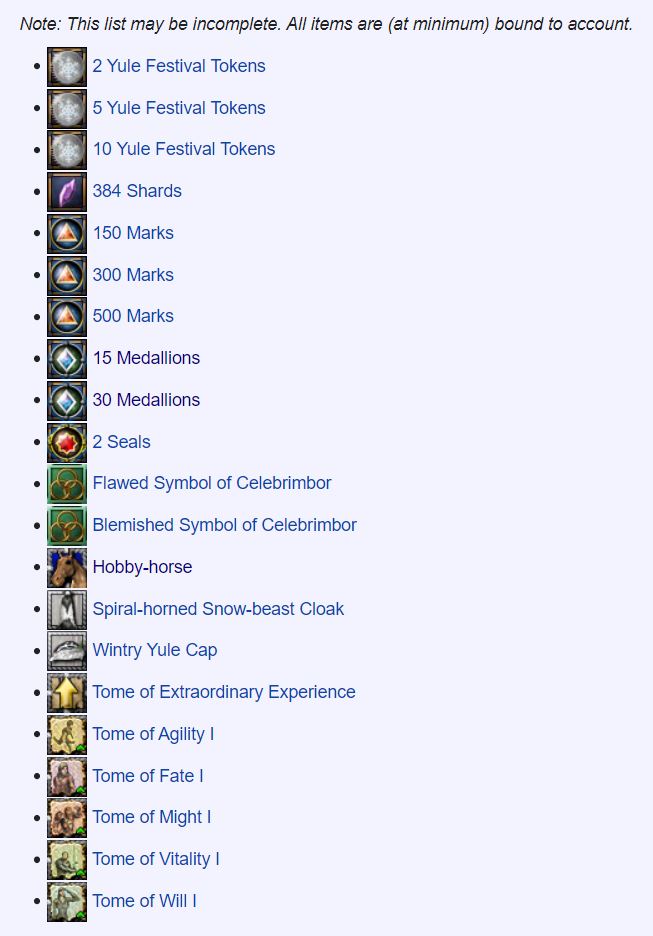 The objective of this wrapper is to complete the quest called. . .

In the Spirit of Yule, 5 times.

Mara also has the quest called In the Spirit of Yule. The objective of this quest is to complete 10 quests within Frostbluff. This can be time consuming as some quests involve interaction with other players or riding out of Winterhome around Frostbluff.

There are however five fast quests, so doing just those, means you can complete In the Spirit of Yule, once every two days. It will therefore take 10 days to complete the Quest Wrapper – A festive Flurry.
There are four tiers of A Festive Flurry, so using this method will not fulfil all four of them, but it will fulfil half of them in 20 days, which should get all The More the Merrier rewards unlocked and a nice supply of tokens to spend if you do any shortfall in the spare 5 days left on the festival.

The five fast quests are listed below.

These quests can be done in about ten minutes each day.

Below is a summary of the daily routine.
After the intro has been done . . .

1. Arrive at Winter-home
2. Collect A Festive Flurry, In the Spirit of Yule and Yule Festival (Daily) from Mara Sandydowns
3. Collect The Abominable Snowbeasts from Guard Kember
4. Collect Making Mischief from Gareth Rust.
5. Ride towards Basil Wyndham, activation firework box at the top of the steps before reaching him.
6. Click Dancing NPCs to fulfil quest – Making Mischief
7. Collect Empty Keg emergency and Tidying up from Basil Wyndham
8. Go around tables fulfilling Tidying up objective. End not far from the Beer Keg.
9. Collect Keg and run to dwarf.
10. Exit Frostbluff at gate close to Keg drop off and ride to Virgil Greenfield
11. Collect A Broken Snowman from Virgil Greenfield
12. Collect 2 x broken twigs close by
13. Ride to Oven area (where you picked up the keg) to collect coal
14. Ride back to Snowman field and build a snowman. Hand in at Virgil Greenfield
15. Mount up and ride to s snowbeast up the hill. Emote it three times (yes you can emote the same one three times if you’re fast enough).
16. Ride back into Winter-home, Hand in at Guard Kember, then Gareth Rust, then Basil Wyndham (2)
17. Ride to Mara Sandydown, and hand in Yule Festival Daily for your Sack of Presents.

On day two, at the final step, you will also hand in your first In the Spirit of Yule quest, so you pick this up every other day.

Page 1
10:40
BST
There are no upcoming raids
There are currently no polls set to the side block