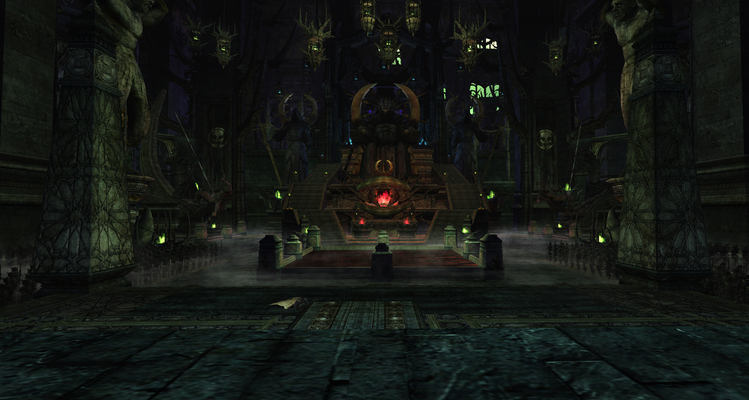 Screenshot of the Week
The screenshot this week is of the entrance hall of Bar Nirnaeth - the Houses of Lamentation, Morgul Vale. Submitted by Juls.

We invite you all to submit your screenshot. A place, your character, a costume, whatever you want. Please send screenshots to gnomes.screens@yandex.com or send to Juls through Discord message.

New Members
We have no new members to introduce this week, so instead, here is a Kinterview for you. A little insight into Moi – Arnenna 😊 Please take a look at the link below for the kinterview

Events
Please keep an eye on our discord channels for any events planned. As the festive period approaches, and people get busy with that, we may see less in the way of events involving larger numbers of players. If there is anything that you wish to do in game, please reach out to one of the officers with a suggestion. 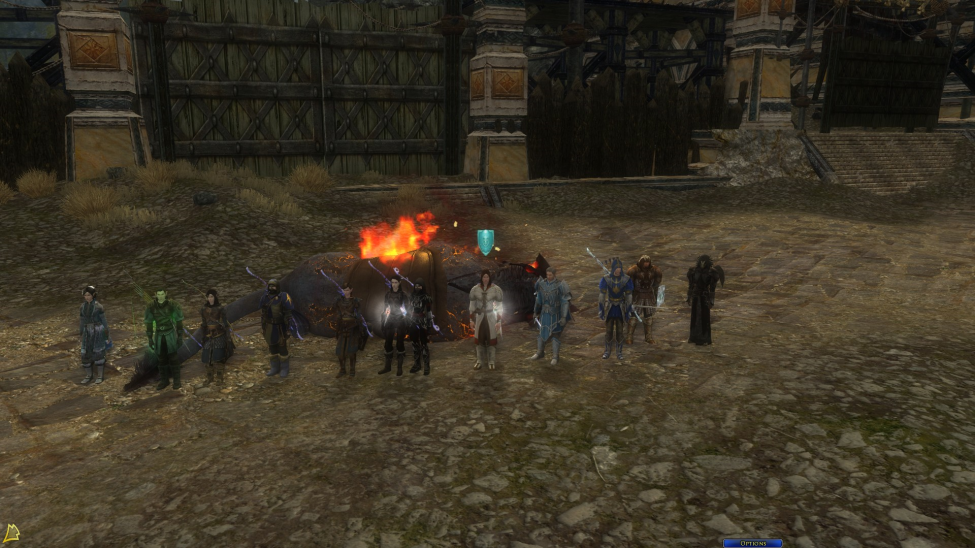 Patch Notes and Updates
Cordovan announced on his weekly stream that there is a large patch due in next week. The tentative date is for Wednesday 9th December. Here is what he has posted on the forum about it (please note* these are not the actual patch notes, but they will follow later).

"We wanted to get the word out about a few things in the works for the near future. We are currently working on a patch for next week that will include some significant updates to the game, and there are a few timing and dating announcements related to it.

Next week's patch will include our work to update PvMP, and it will also allow us to debut the Yuletide Festival with new items the following day. This update will also include the debut of T5 Stair Battle and Bloody Threshold starting at noon Eastern (-5 GMT) on Thursday, December 10th. Additionally, it includes a number of changes that will support the debut of Gondor to the Legendary Worlds of Anor and Ithil later in December. If you wish to prepare for the next update to the Legendary Worlds, now is your time!

The Yuletide Festival begins on December 10th, starting at 10:00 AM Eastern, and the festival runs through January 4th, until January 5 that 3:00 AM Eastern.

Tier5 difficulty of Shakalush, the Stair Battle and Amdân Dammul, The Bloody Threshold will become available on 12/10/20 at 12PM Eastern. The Leading the Charge / Ahead of the Curve deeds and titles will be available for both instances through 1/20/2021 (turning off1/21/21@3:00 AM Eastern).

The Legendary Worlds of Anor and Ithil will have their level cap increase to 100 on December 16th, opening access to the regions of Western Gondor, Central Gondor, Eastern Gondor, and Old Anórien. This content includes The Paths of the Dead, Gondor Aflame, Ashes of Osgiliath, and The Siege of Minas Tirith. Arrives to the Legendary Worlds of Anor and Ithil on December 16th starting at 10:00 AM Eastern.
There has also been a major announcement made this week from Severlin, the Exacutive Producer.
Daybreak Acquisition News and Standing Stone Games
Greetings! As our players have read, Enad Global 7 (EG7) entered into an agreement to acquire 100% of the shares in Daybreak Game Company today. We are excited about EG7 and we welcome them into our family. We are also excited to be part of such a great collaboration. We just wanted to let our players know that this will have no impact on the development of Dungeons and Dragons Online, The Lord of the Rings Online, and operations for us at Standing Stone Games. Our teams are working as hard as always to bring new and exciting things to our games in the months and years to come.

We've been encouraged by your support this year, and we're hard at work planning 2021 and beyond. We'll have a more forward-looking Producer's Letter in the new year, and that is where we'll talk about Gundabad, our next class, and a whole lot more.

From everyone at Standing Stone Games, we wish you and yours well throughout this season of holidays around the world."

Weekly Sales and Game Codes
The Yuletide Savings Begin!
Week 1 brings you:
35% off Minas Morgul in the LOTRO Market
50% off Premium Wallet
75% off Eriador Bundle
Now through December 10th!

Take a look at the link below for handy plugins to use in game.
https://www.lotrointerface.com/

Don’t forget to check out Gaz’s stream on